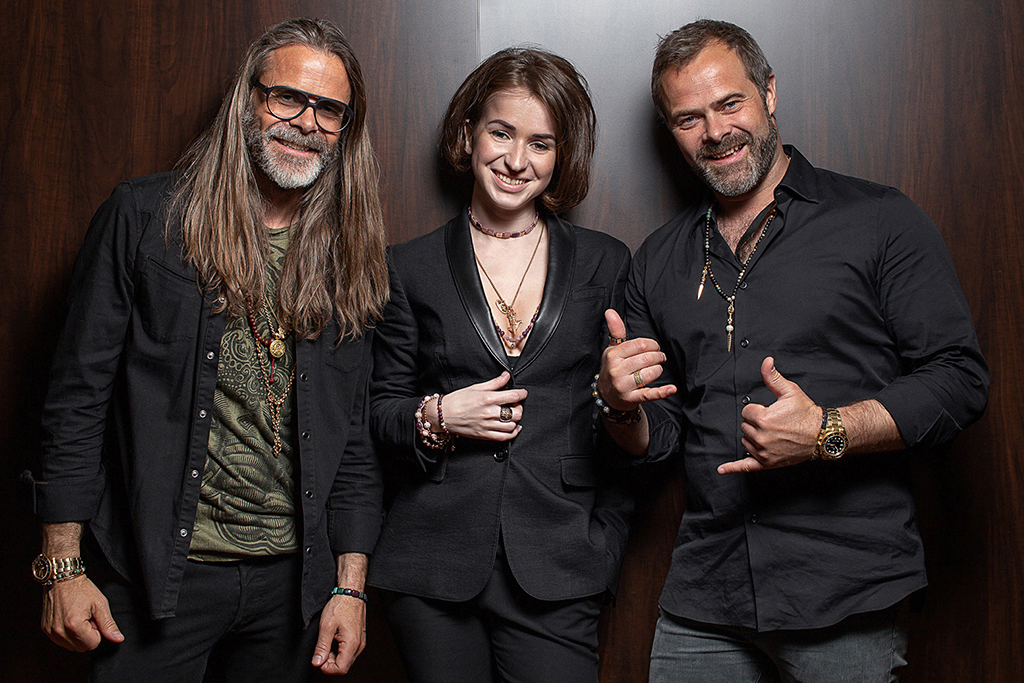 mads and mikkel kornerup in conversation with margo raffaelli

The world learnt about Shamballa Jewels — the Danish jewellery brand, which combines the ancient macramé technique with precious stones — in 2005. The rush in demand for its bracelets appeared literally out of nowhere and for a couple of months, the brand’s braided pieces became the most copied in the world. During the Couture Show in Las Vegas, we met with the owners of the company, Mads and Mikkel Kornerup, to discuss the phenomenon of Shamballa Jewels and to find out how the brand was developing.

MR: Guys, you initiated the whole revolution in the jewellery world. How did it happen?

Mads: It worked out somehow. I started creating original off-the-beaten-line jewellery that I wore personally. And this design was very different from what was presented on the market. After all, some twenty years ago, in addition to the wedding ring and watches, men could just afford cufflinks. In such a way, Shamballa bracelets, inspired by Tibetan culture, have become a kind of revolution.

MR: So, the bracelets were first…

Mikkel: Yes, we started from the bracelets as they could be easily combined with watches, and were the closest to men from the whole range of jewellery. But as you know, for some, this is just the beginning of their jewellery journey… following the bracelets, we thought about rings and necklaces, which also found the response and support from the Shamballa Jewels’ clients that we sought.

MR: You keep repeating that you create men's jewellery. Honestly, I’ve been always thought they are unisex, without belonging to a certain gender...

Mikkel: Initially, we conceived the brand for men, but the women themselves erased this border! They just came and bought bracelets, and then necklaces and rings, and again bracelets ... (laughs)

Mads: Yes, the first pieces were quite monochromic, but now we have a lot of brightly coloured items. In Shamballa Jewels, there is even a whole department that develops designs only for women. And we began working more with very expensive materials: for example, with pink diamonds from the Argyle mine.

MR: Wow! It must be an expensive pleasure...

Mads: The truth is that we have never been a cheap brand. From the very beginning, my brother and I set quite a high price for our jewellery, as we were focused on the premium segment. There were plenty of people dissatisfied with this policy — from the potential clients to large department store buyers, but we stood our ground. And, as practice showed, we didn’t go wrong. 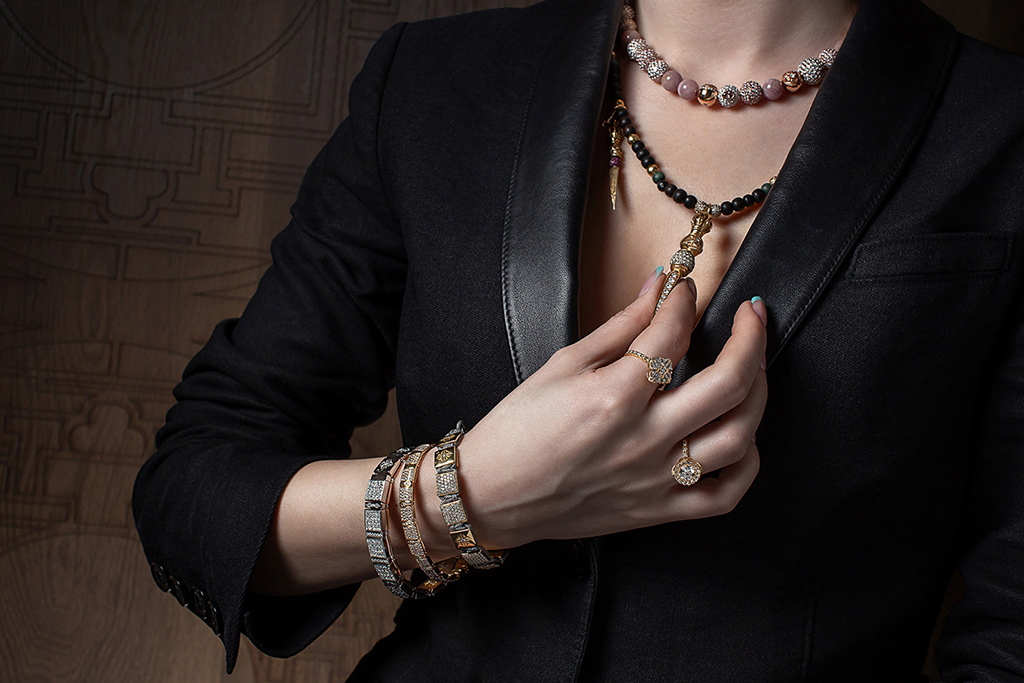 MR: Mads mentioned that the design was inspired by Tibetan culture. Where did the name Shamballa come from?

Mads: Shamballa is a mythical country in Tibet, the path to which, according to legend, can be found only by those who have reached the highest stage of enlightenment. And our jewellery is designed to tune you into meditation and helps you search for yourself. When the brand was born, yoga was at the peak of popularity; all the cool people found an enthusiasm for it. For me, this trend also seemed fascinating.

MR: And that was why Jay Z has turned to you for a bracelet in search of jewellery Zen?

Mads: I was introduced to Jay Z. by Zofia Borucka, the wife of the French actor, Jean Reno. Her son is Sean's godson. In the middle of the 2000s, rappers wore very massive jewellery entirely encrusted with diamonds — to make them visible well from the scene. But Jay Z. wanted something simpler, more stylish, and turned to zen. We created a personalized bracelet with a special abbreviation and symbolism for him. And then the word-of-mouth marketing worked; the celebrities themselves began to come to us one after another. Our bracelets were advised by friends and clients who became adherents of Shamballa Jewels.

MR: But with the fame came imitation came as well. Very soon you became, dare I say, the most copied jewellery company in the world.

Mikkel: We can call it a success! Only the best ones can be copied.

Mads: I can’t say that I invented these bracelets, as the technique of macramé existed long before the advent of Shamballa Jewels. However, we inspired an incredible number of people to create something like this; we became a role model. And it's cool! The fact that people copy only shows that we are on the right track. Indeed, only the best ones can be copied.

MR: And what, in your opinion, is the key to success with Shamballa Jewels?

Mads: We create something that we sincerely love and personally wear! We put a little bit of ourselves into this design. And when you work with love and get a kick out of it, the business will certainly bear fruit. It's only a matter of time.

Mikkel: Yes, I absolutely agree with Mads: the love to the business moves mountains and makes the impossible possible. And our example is excellent proof of the truth to my words. 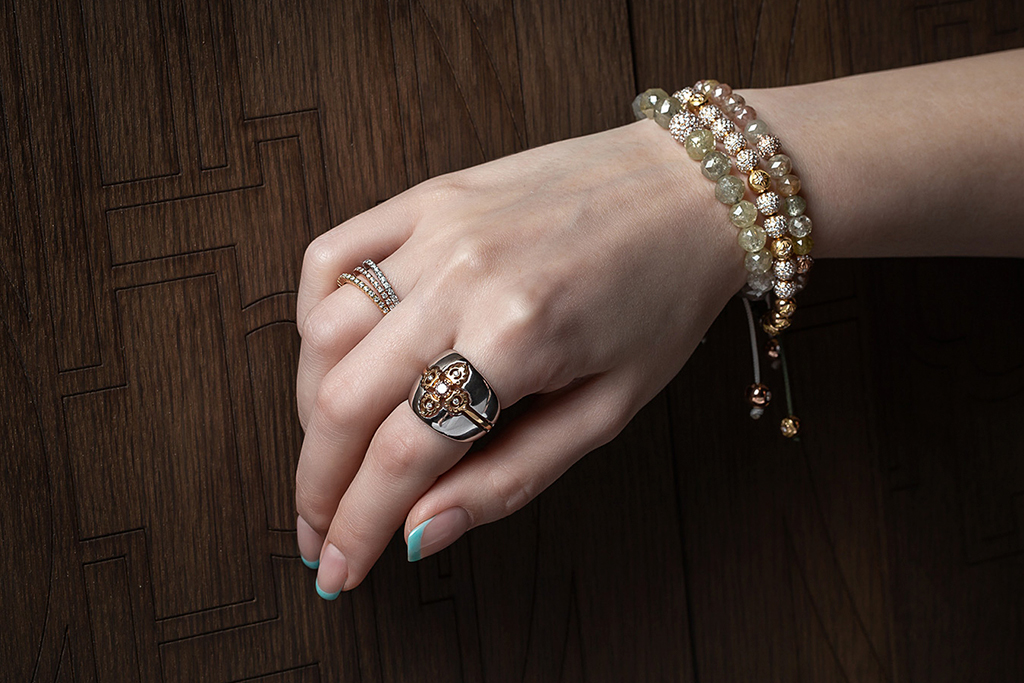