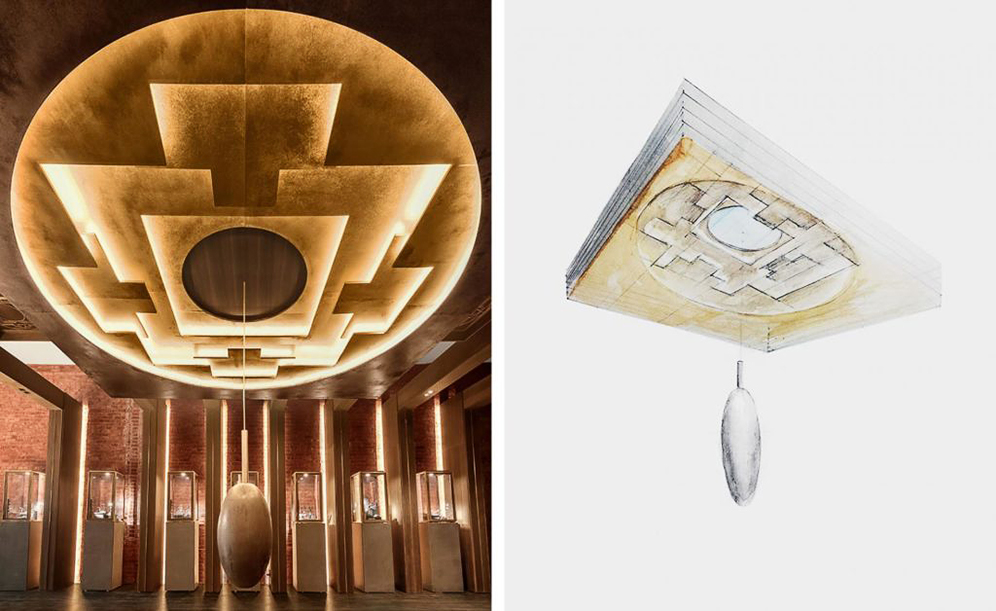 Earlier this year Mads and Mikkel Kornerup, the sibling founders of Shamballa Jewels, finally signed the papers on what would become their first standalone US store. The space, on SoHo’s Mercer Street in New York, opens its doors this month, after a relatively quick but radical overhaul. The founders of the Copenhagen brand were clear about what they wanted, ‘an experience, for our American collectors to dive in to’. And what they wanted to communicate, Shamballa’s particular union of Eastern philosophy and Nordic design principles.

They drafted in Danish design studio and wood specialist Barlby Carlsson, which created a striking centrepiece, a ‘floating’ golden mandala. A 3m-diameter installation, it is the first thing that visitors encounter. ‘We wanted to evoke the feeling of a temple; a serene atmosphere playing with the contrast between dark and delicate woods, with light reflected from the diamonds in the jewellery,’ says Mads. The wood beams are inspired by Tibetan monasteries, while smoked oak, a Shamballa Jewels signature, and brass details pay homage to the ‘raw power of the Nordic hinterland’.

It is ten years since the pair introduced their fine take on casual adornment to the US, and their now instantly recognisable, crafted, threaded bracelets of gold, diamonds and precious stones have a dedicated following. ‘There is a lot of design in the Shamballa product,’ says Jens-Christian Carlsson, founder of Barlby Carlsson. ‘It’s the same with the centrepiece.’ The ceiling was designed in the Shamballa studio but crafted in layers in Barlby Carlsson’s Copenhagen workshop and shipped to New York, where Carlsson and his team installed it, accommodating lighting apertures in between for the light to spill out. Its shimmering effect reflects the brothers’ for the space as a ‘place in motion’. ‘Barlby Carlsson has realised our dream,’ says Mikkel. ‘The New York store is a new chapter in our history.’